On June 3rd to the 6th, Heather, Manuel, Charlotte and I headed to Yosemite National Park to do some backcountry camping. Yosemite is a beautiful National Park within California. It’s definitely one of my favorite places here in the West Coast.

A quick Wikipedia check reveals that Yosemite is the name of a Native American people. The word itself means “killer” in the Miwok language. They were likely exterminated by a group of American soldiers known as the Mariposa Battalion. Before it was called Yosemite, this place was known as Ahwahnee, meaning “big mouth”. This name will make sense to anyone who has stared at the basin that greets you as you arrive at the park.

For our trip, we arrived at Glacier Point, and headed out to Illilouette Falls. The first day we hiked 15 miles downhill. It was fairly uneventful and easy going. Near the end, we had to cross a couple of shallow streams, but we successfully avoided getting wet.

When we arrived at our camp, we found plenty of wood for a nice fire, and ate wonderful food that Heather helped prepare. We put all our food in bear containers lest a black bear found us, but we slept undisturbed, except for a family of deer that walked by to visit in the early morning. The following morning, Heather surprised the entire group with hot coffee and eggs! It was a welcome treat.

We set out to walk that second day towards Half Dome. Before we had walked too far though, we came across a formidable river crossing. The water was thigh deep, and it was moving. We were stuck. We looked up and down for a crossing, but we couldn’t find any. Finally, Manuel crossed, getting into the ice-cold water, using a large stick for support. He crossed. I followed. The water bit deeply into my legs, but then I was out. We looked for Charlotte and Heather, but they had moved. While Manuel and I struggled with the river, they had found a log to cross on top of! Although it moved a fair amount, they made it safely across! 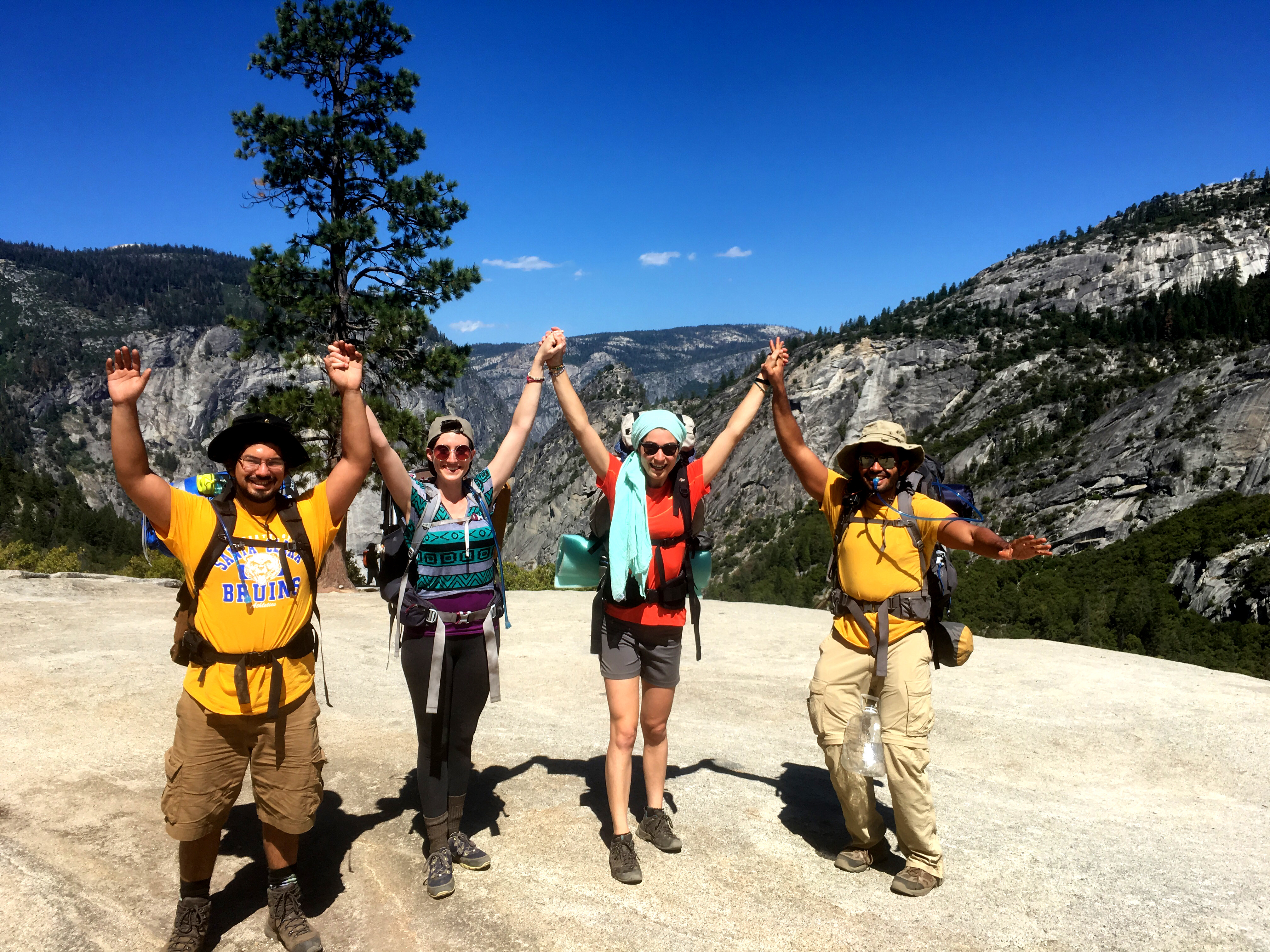 We hiked the rest of the day, but the crossing had tired us out. We hiked through the Valley, through wonderful meadows (Heather told us that meadows are areas that are too unstable for trees to grow, usually due to the wetness of the soil) and eventually through forest. After 10 miles, we were quite tired. Fortunately, by that point we were at the Half Dome–still 5 miles shy of our planned destination, but a reasonable stopping point. We decided to stop at the base camp for the night. However, as soon as we stopped, we made an unfortunate discovery: Mosquitos! The base camp was right next door to an enormous pool of sitting water, dark with mosquitos. We passed a few miserable hours cooking and eating dinner, then rapidly went into our tents.

The last day was very hard. We hiked primarily uphill back to Glacier Point. We cut through the same river as last time, but whereas before it had been a sleepy glacial melt, here it was a roaring wall of water, uncrossable without a bridge. Fortunately, this time there was a bridge handy! At long last, we started the slow ascent towards Glacier Point. After what seemed like an eternity, we made it out of the wilderness and back into our car. As we exited the car, and got ready to go home, we came across a burger joint on the outskirts of the park. We each ate an enormous hamburger there. Nothing has ever tasted so good. 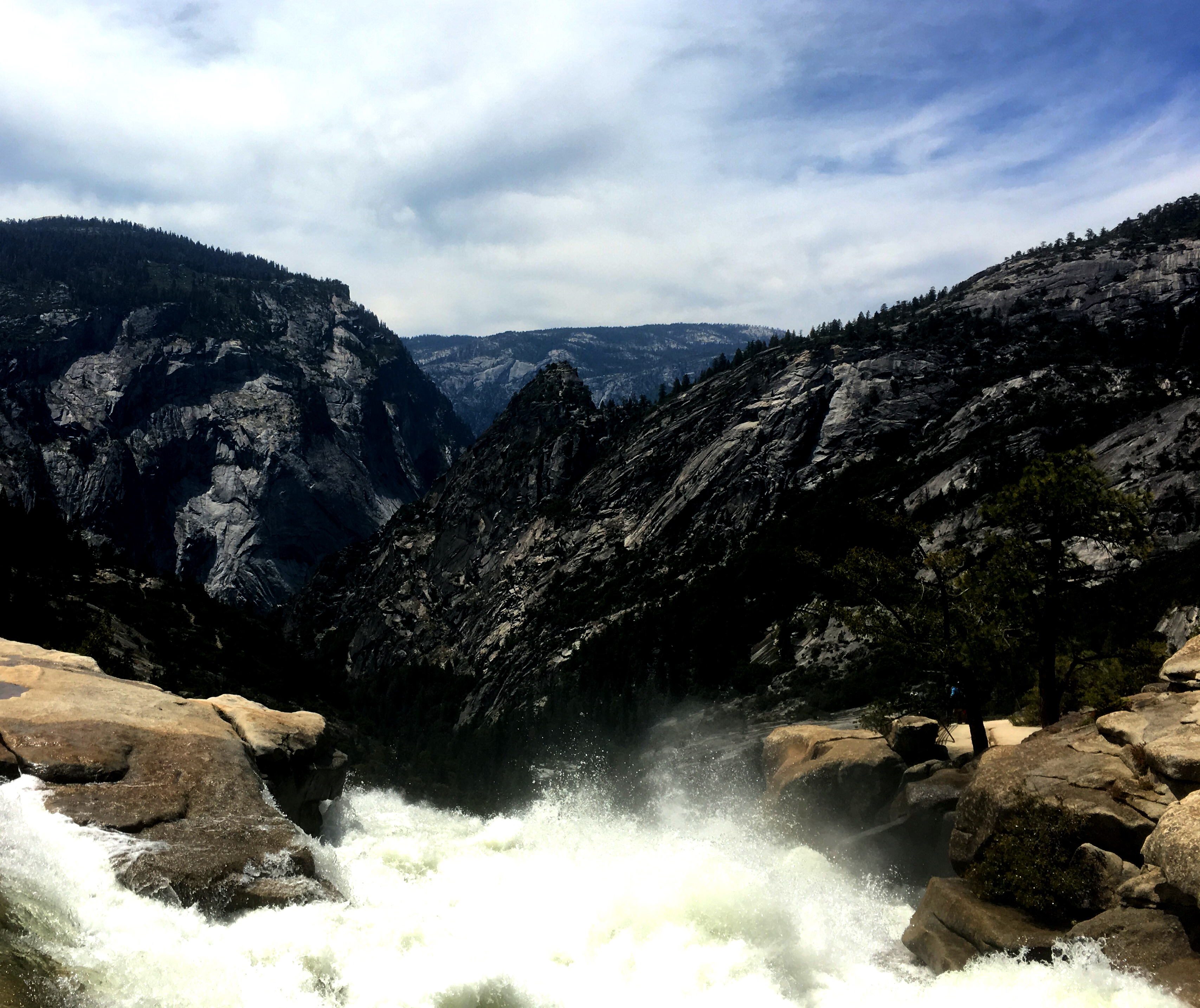