One week after we visited Ensenada, Heather and I flew to Guanajuato to teach our second development course. There, we met up with Alejandro Sanchez-Alvarado who would give the students the wonderful opportunity to teach the planarian section. I have written about the course experience quite extensively (here)[https://dangeles.github.io/cdc], so I won’t go into full details here. Suffice to say that the experience was wonderful.

Rather, I want to reflect just for a moment on the spectacular beauty of this colonial city. The name Quanaxhuato means ‘frog hill’ in the Tarasca language. These frogs have largely disappeared since Mesoamerican times because of the damage done to the environment. This wonderful city is northwest of Mexico City, my original home. It was established by the Spanish in the early 1500’s after they discovered gold in the state. Around this time, there was a significant indigenous population living here, but unlike other populations the Spanish could not subjugate them into slavery. The terrain here was tricky and hard to navigate. The native populations, with their superior knowledge of the terrain could simply move to inaccessible areas far from Spanish influence. As a result, the Spanish were forced to bring in African slaves to work in the mines.

Guanajuato was at the center of the Mexican Independence war. The historic battle of the Alhóndiga de Granaditas was fought early in the war, when Mexican insurgents surrounded the city’s granary, within which the Spanish and Criollo populations took cover. Eventually the Alhóndiga was captured at great cost to the insurgents, and many of the Spanish and Criollos who were captured inside were killed. The city would be fought over throughout the rest of the war, until its permanent annexation into the newly formed Mexican republic in 1821.

Beyond its historical significance, Guanajuato is a culturally wealthy city, comparable (in my humble opinion) to great metropolitan cities like Paris. This beautiful, multicolor city is built into the hills around it, and tunnels engineered with great precision provide excellent transit throughout. As a result of the hilly topology, the streets are quite narrow and are called callejones. The Alhóndiga (now a museum) crowns the city center. Testament to its cultural heritage, Guanajuato is the city with the greatest number of theaters in the country. Each year, there is an enormous festival called the Cervantino. During this festival, the city swells with visitors and hosts a myriad operas, theater productions and conferences in honor of Miguel de Cervantes, author of Don Quijote de la Mancha. The first festival was celebrated in 1972 and has happened yearly since, becoming a major attraction and a significant source of income for the city and the state. I still do not fully understand how the city’s infatuation with Cervantes began.

The visit was nothing short of magical. I think I may have forgotten a bit of my heart there. 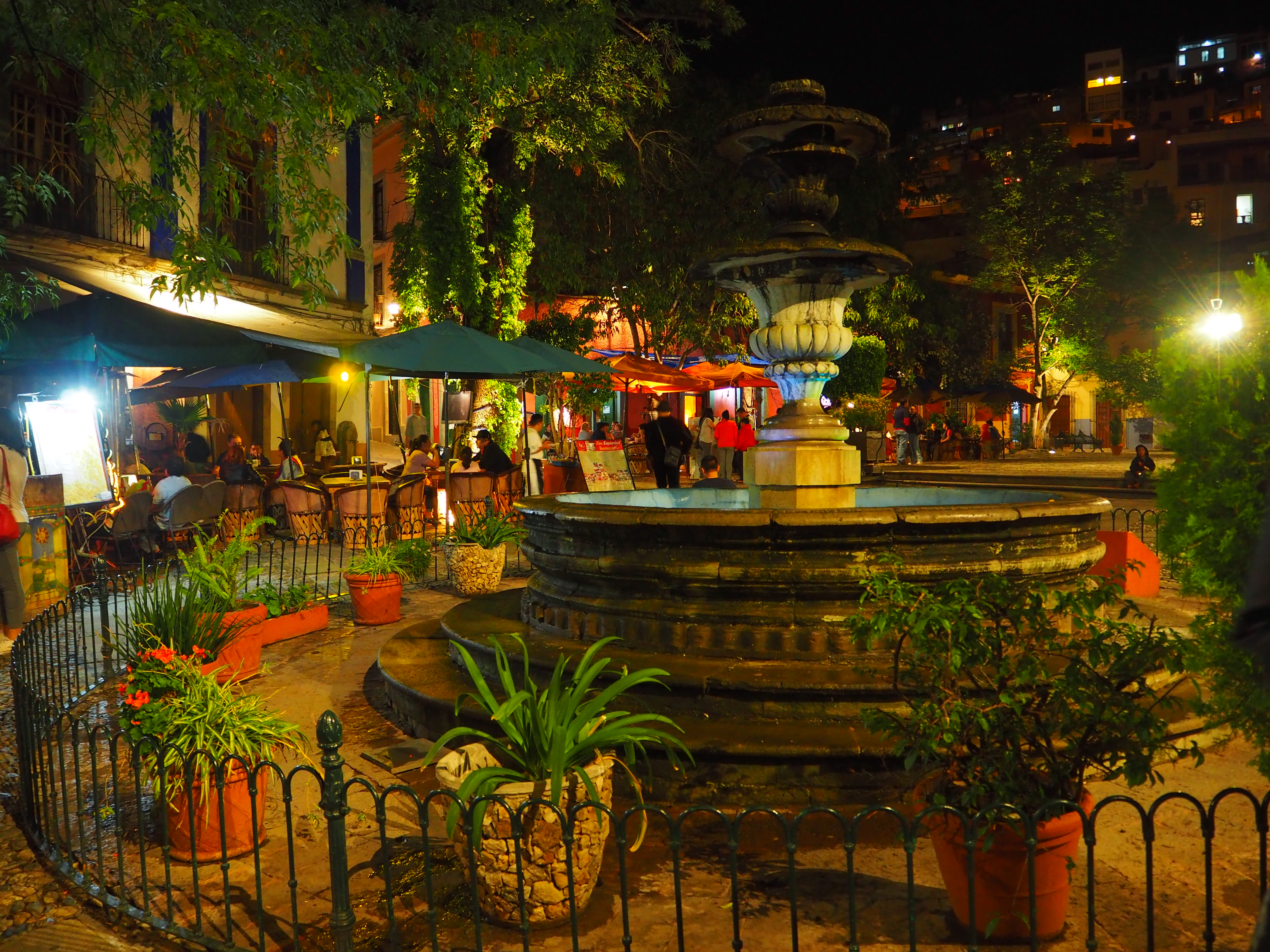