Heather and I took a short trip to Chiapas that was truly magical. Chiapas is a beautiful state in southern Mexico. Along with Oaxaca, it has the largest Native American population (largely Mayan, who predominantly speak Tzotzil, Tzetzal and Chol). It is one of the weakest Mexican states economically, but it is rich culturally and biologically.

After a one-night layover in Mexico City (where Heather met my family oh-so-briefly!), we landed just outside of Tuxtla Gutierrez, the capital of Chiapas. Landing in Chiapas is a beautiful experience, as the green foliage in the rolling hills greets the eyes where it can fight off the fog. We rented a car and drove to our hotel.

One of the highlights of our visit was San Cristóbal de las Casas, which is a small yet rapidly growing city in Chiapas. San Cristóbal is a beautiful small city high up in the hills of Chiapas. Due to historical accidents, it is incredibly popular with European tourists. It is a place where art, culture and history meet. It is also a place that, at least for me, brings to mind gentrification. Europeans come to the hostels, decide to stay, buy the hostels, decide to leave, sell the hostels. There is little place for a Mexican economy in there.

Chiapas is famous for its gorgeous biological treasures. We were lucky enough to visit a few. We visited, of course, the famous ‘Cañon del Sumidero’, a famous canyon with a great river running through it. We drove down to it from Tuxtla. This is a fascinating experience, because the altitude change is enough to drive major changes in the biological habitats. We saw the forest change from template forests (pine trees) to tropical jungle, complete with howler monkeys, gorgeous birds and, by the riverbed, crocodiles! Once at the bottom of the canyon, we rented a boat and rode it to the place where the river has been dammed off. For me, that was a pretty cool moment: When we got to the dam, we were on top of the town where my grandfather was born, a small town called ‘La Concordia’. We also visited beautiful cascades called Cascadas de Agua Azul, a very fitting name: 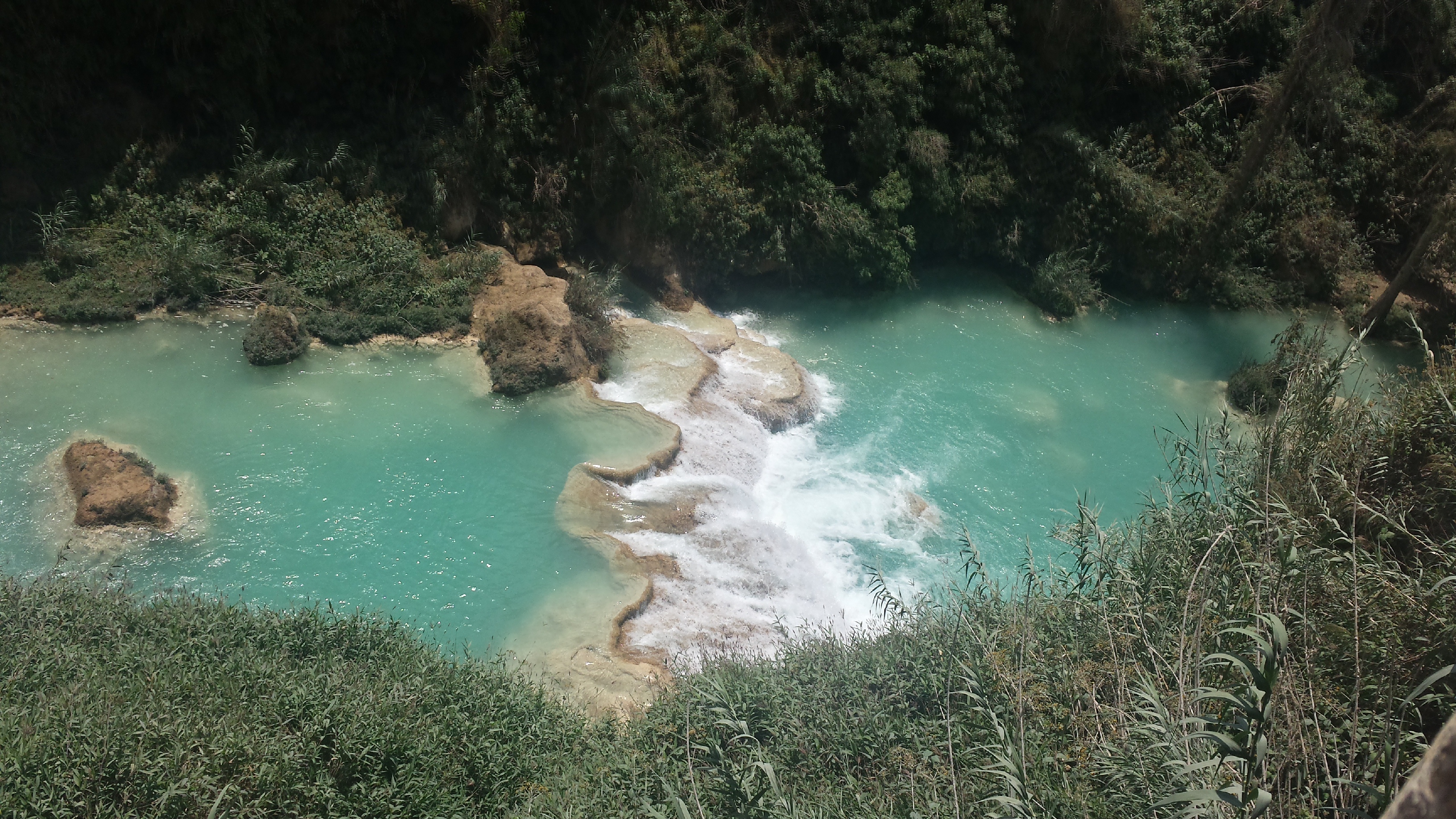 We also visited a wonderful town called San Juan de Chamula. This town, which is run independently from the Mexican government, is a Mayan community where Spanish is not the main language. The specific thing I wanted to see there was a specific form of Christianity that is practiced there. Although they claim to be Catholic, the Catholic church formally refuses to recognize them. The reason for this is that, although they have most of the Catholic imagery, they have significant Mayan influence. Specifically, they still practice animal sacrifices to Saints, and there are often shamans inside the church. I felt grateful that they let us into the church and let us observe their traditions.